You’re going to dig the blues riff in the member’s video for how to play Jesus Just Left Chicago by ZZ Top.

This song is sometimes known as “Jesus Done Left Chicago,” because the track continues on from “Waitin’ for the Bus” on the Tres Hombre album. Radio stations usually played the songs together.

In an interview, ZZ Top’s Billy Gibbons said: “The two songs “Waitin’ For The Bus” and “Jesus Just Left Chicago” were written separately during sessions that were not too far apart. We were in the process of compiling the tracks for the album Tres Hombres, and that segue was a fortunate miscalculation by the engineer. He had been attempting to splice out some blank tape, and the result is that the two come off as a single work. It just seemed to work.”

According to Billy Gibbons, he got the idea for this song when he was a teenager. One day Billy was talking to a friend on the phone who had a habit of strange sayings, when he blurted out, “Jesus Just Left Chicago!” 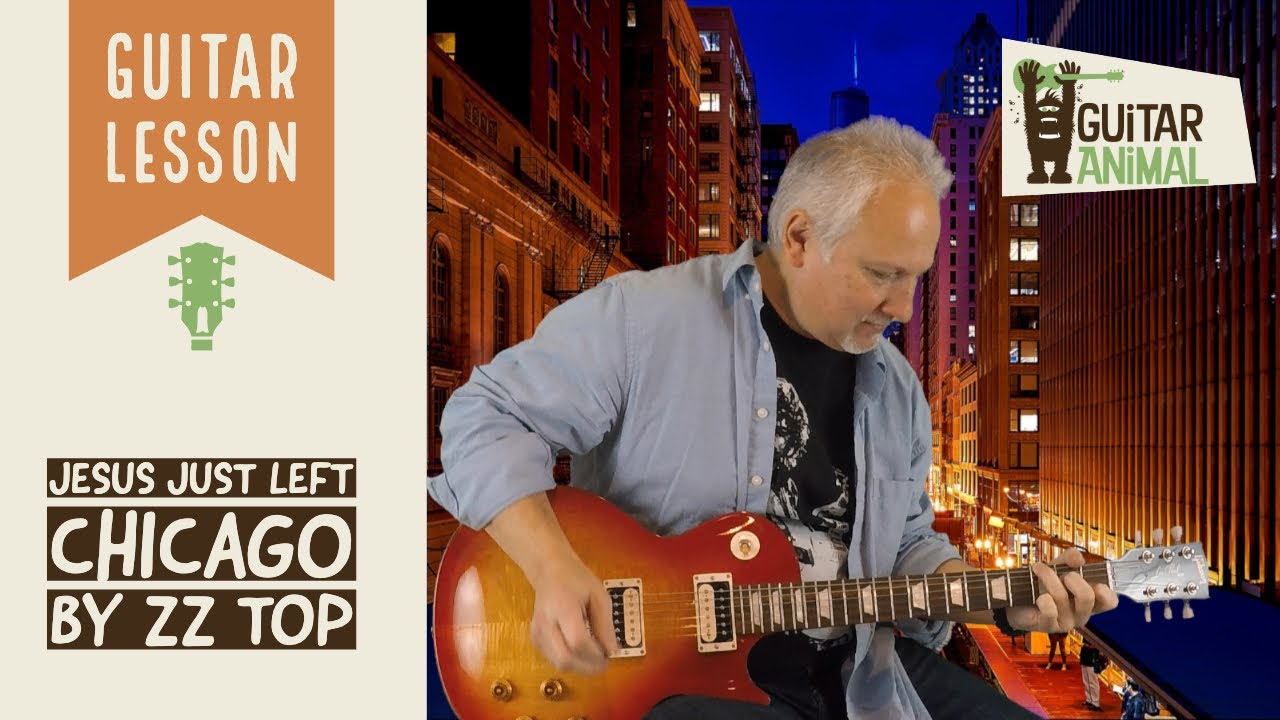