Don’t freak out. Gibson Guitars won’t be going anywhere anytime soon. Gibson recently filed for bankruptcy protection. Its experimental foray into the consumer electronics industry did not pan out quite as planned. Racking up some large debt. Lessons learned. But no worries, Gibson will liquidate its consumer electronics division. And carry on with what it does best. Making great guitars and Baldwin Pianos.

Gibson Chief Executive Henry Juszkiewicz wanted to diversify by turning Gibson into what he has called a “music lifestyle company”, according to a NY Times interview. Think headphones and hi-fi’s. He was quick to admit that attempt was a bit of a “disaster”. 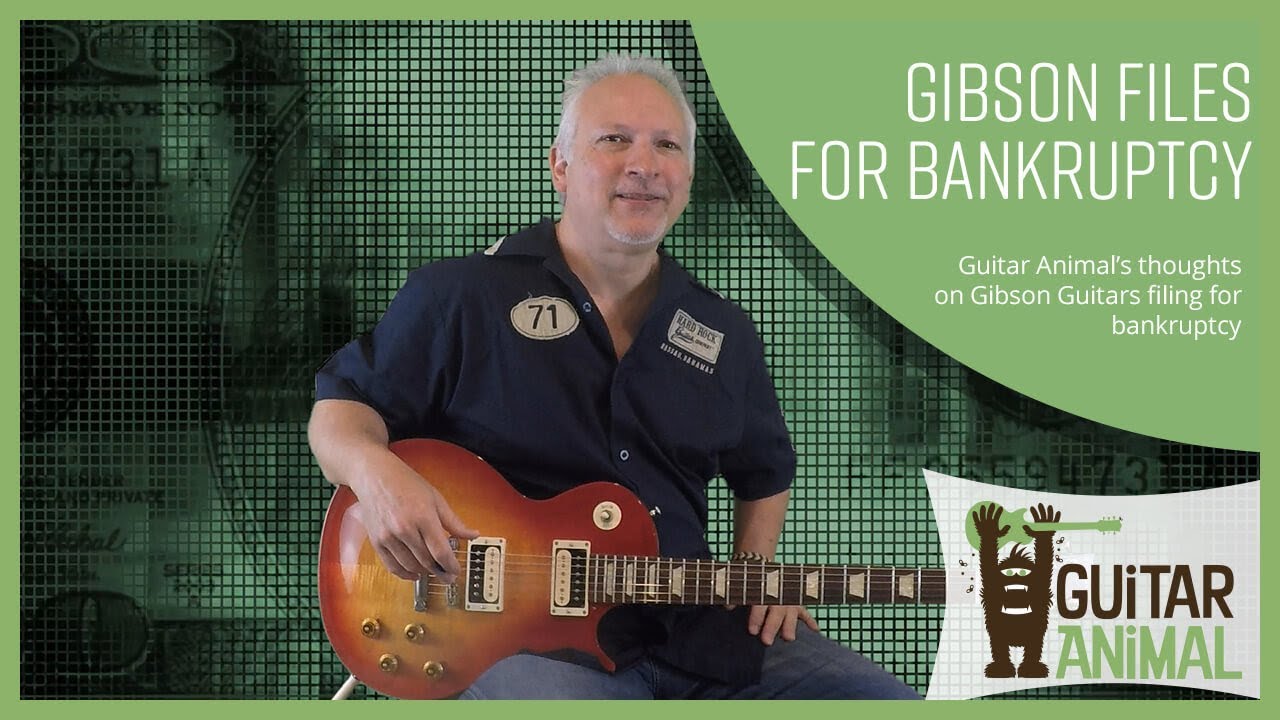 00:08 And, this one goes to ,11 chapter 11. Kidding aside. I had a lot of people texting me and asking me about my thoughts on the Gibson bankruptcy because here at Guitar Animal, we use Gibson guitars. And my thoughts on it. At first off, Gibson’s a huge company. They do over a billion dollars a year in sales. So the company Gibson is not going to go anywhere. Some bad business decisions I think happened. You had them getting into a couple of other businesses they probably shouldn’t have gotten into and they didn’t do so well. So they’re losing. Those are going to restructure the company. They’re going to come out really strong as far as guitar values go. These guitars are, are really good quality and if some people complain about the quality not being there, but, overall there, if you watch some of the videos on how these guitars are made, CNC machines and the quality control is really pretty up there.

00:54 I liked their product. Some of the decisions they made about maybe putting the seventies shaggin wagon paint scheme on the front of the Les Paul, maybe not such a great idea. I don’t think that was awesome for $3,000 guitar. And then they got into the business of making guitars that were three, four, $500. If you’ve got a company that’s selling you a $60 stead, you don’t really go there to get a hot dog. So that was probably not the best idea. So I think if you stay tuned, you’re going to see Gibson come out of this are going to be strong and still make your Les Pauls, your SG’s. I think the value on the ones that you have now are going to be consistent. And the ones that are gonna come in the future. We’re probably going to be better off for this. So no sweat. Gibson is not going away. At least it’s our opinion here. Guitar Animal. I’m still using the products I believe in them and I think they’re great. So no worries mate. Hey, don’t forget to check us out over GuitarAnimal.com. It’s a better way to learn guitar. It’s a lot of fun over there and we’d love you guys to join us again, GuitarAnimal.com. I’m Trent. We’ll see you next time.